Why You Need To See “The Report”

“The Report” graphically portrays the extent to which the CIA crossed the lines of legality, morality, decency and honor.  It is fast paced, and initially so much information is presented to the audience that anyone unfamiliar with this subject could be overwhelmed.

From the blood curdling torture of Abu Zubaydah and its spurious rationalization by torture architect James Mitchell, to the CIA threats against Daniel Jones by John Brennan; the film takes us to the dark side of our counter terrorism campaign in riveting detail.

Adam Driver is excellent as Daniel Jones, staff researcher to Sen. Diane Feinstein, who spent more than five years researching, investigating and documenting the abuses and cover up of the Enhanced Interrogation Program.  Senator Feinstein is played covincingly by Annette Bening. 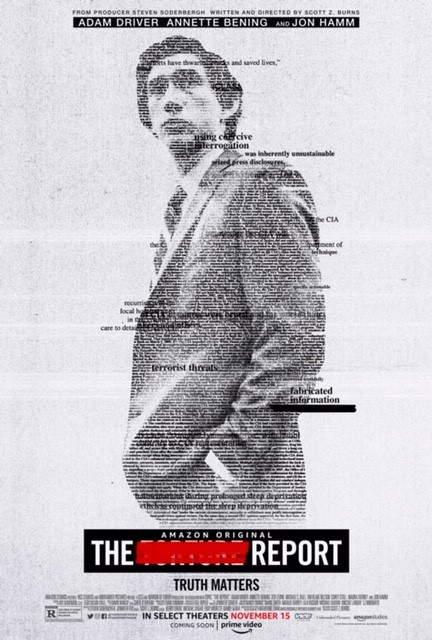