Two Mothers of September 11 Terrorism devastated both their lives.

Terrorism devastated both their lives.

A woman who lost her son in the World Trade Center looks back on twenty years of vengeance and her unlikely bond with the mother of Zacarias Moussaoui.

The day before, I had made a resolution to follow a walking regimen each morning that week. So Tuesday morning, September 11, 2001, I rose early for a brisk walk. I left around 7:45 a.m. and set out for the path along the Bronx River Parkway. It was a gorgeous morning, and just as I turned homeward my attention was diverted by a great blue heron standing in a pond. It was slate gray, its flight feathers smooth, while the feathers around the neck were long and plume-like. It never acknowledged me, but its regal beauty left me fixated – and at peace. I stood and watched, feeling lucky, and returned home later than I planned, at 8:55 a.m.

When I arrived at my apartment building, the porter told me the World Trade Center was on fire. I ran up the stairs to our fourth-floor apartment, turned on the TV and saw a plane sticking out of the first tower. It looked like an accident. A bizarre accident.

Our thirty-one-year-old son, Greg, worked for Cantor Fitzgerald’s spinoff, eSpeed, in the North Tower, but I didn’t know exactly where. I was desperate to find out, and reached for the telephone. Later I learned he worked on the 103rd floor, only a few floors above the impact zone of the hijacked airliner.

On our answering machine there was a message from Greg saying that there had been a “terrible accident” at the World Trade Center. He was “all right” and I should call his wife, Elizabeth, to relay the message.

The next messages were all family: Orlando, my husband; Elizabeth, our daughter-in-law; Julia, our daughter. They all asked if I had heard from Greg. I relayed his message to them, adding the assumption that he must have called from outside the building. None of them believed me.

Moments later, as I watched the second plane crash into the South Tower, I realized that it was not an accident. There was intention behind the attacks.

My husband taught at Fordham University in the Bronx and Elizabeth worked in Midtown Manhattan. Together they waited for Greg to walk uptown to Elizabeth’s office along with the thousands filling the streets. As the hours passed, it seemed improbable that he would show up, so by evening, Elizabeth decided to stay in the city with a friend.

The next day Cantor Fitzgerald employees and their families congregated in the grand ballroom at the Hotel Pierre. There was food; volunteer clergy, social workers, and psychologists stood by offering help. It was comforting to be in the same place with other families, coworkers, survivors – including some who knew Greg or whose family members had.

When anyone was located the news was received with relief and hope. But by early evening it was assumed that those not yet accounted for had not survived. Greg was one of 658 unaccounted-for Cantor Fitzgerald employees. 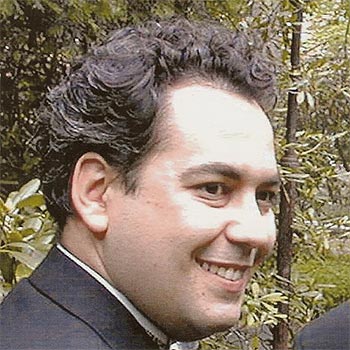 Our greatest fear was true, and this realization set my body trembling uncontrollably. My mind raced. How will we survive his loss? How do we tell our three elderly parents? Will the news kill them? This anguish was a defining moment in our lives.

Orlando and I would learn how fortunate we were. We had each other, our daughter, daughter-in-law, family, and friends for support. We had something else too. We had a community of like-minded victims’ families who were not afraid to go against the revenge-laden zeitgeist.

My husband and I had become politically aware during our teenage years and remained active into adulthood. We had participated in civil rights marches and protested the war in Vietnam. Our course did not change after Greg’s death.

We hoped that this attack would not turn out to have been perpetrated by Muslims. Some years before, the first headlines covering the 1995 bombing of the Murrah Federal Building in Oklahoma City blamed Muslims, though we soon learned the attack had actually been committed by Timothy McVeigh, a blond, blue-eyed, homegrown terrorist, with the help of an accomplice, Terry Nichols. Maybe this attack was similar.

We knew our government’s response to the attacks was likely to be military retaliation. Any state or person doing harm to our nation would face our vengeance. As the details of the attacks emerged, Orlando and I felt a sense of dread at the thought of what was in store for the innocent citizens of Afghanistan. This response was not what our culture expects from victims’ families. We had just lost our son Greg, but we wanted no part in the retaliatory violence justified by his death. Such an action would not represent us at all.

Four days after Greg’s death, Orlando wrote a letter to the White House:

Our son is one of the victims of Tuesday’s attack on the World Trade Center. We read about your response in the last few days and about the resolutions from both Houses, giving you undefined power to respond to the terror attacks. Your response to this attack does not make us feel better about our son’s death. It makes us feel worse. It makes us feel that our government is using our son’s memory as justification to cause suffering for other sons and parents in other lands. It is not the first time that a person in your position has been given unlimited power and came to regret it. This is not the time for empty gestures to make us feel better. It is not the time to act like bullies. We urge you to think about how our government can develop peaceful, rational solutions to terrorism, solutions that do not sink us to the inhuman level of terrorists.

We sent a similar letter to the New York Times which was never published. All the same, these letters were widely circulated on the internet. We were not alone. Others were writing letters and appearing on radio and TV. Soon we joined together as September Eleventh Families for Peaceful Tomorrows, a community of 9/11 victims’ families who shared this countercultural response opposing war.

But our letters and pleas did not stop the October 7 attack, led by the United States, on Taliban-controlled Afghanistan. Hijacked airplanes took the life of my son Greg and 2,976 souls that fateful day in New York. The ensuing war in Afghanistan, these twenty long years, has taken so many lives they can only be quantified in estimates: more than 170,000 human souls, including more than 2,400 American service members and around 51,000 Afghan civilians. And the wounded and displaced are a number few are confident to count. Surely today many regret the unlimited power we granted our leaders to launch the War on Terror and the suffering this decision has caused.

Within hours of the plane attacks, the hunt for the perpetrators started. On December 11, 2001, a federal grand jury indicted Zacarias Moussaoui, a French citizen arrested the previous August for an immigration violation. Thought to be the infamous “twentieth hijacker” unable to join the attack, he was charged with six felonies related to the September 11 attacks, including conspiracy to destroy aircraft and murder United States employees. Attorney General John Ashcroft wanted the death penalty.

Zacarias Moussaoui’s photo was on the front pages of newspapers worldwide. Not only he was reviled, Aicha el-Wafi, his mother, was also vilified by the press and held responsible for her son’s actions. To me, she was just a name in the newspaper – until the following year. 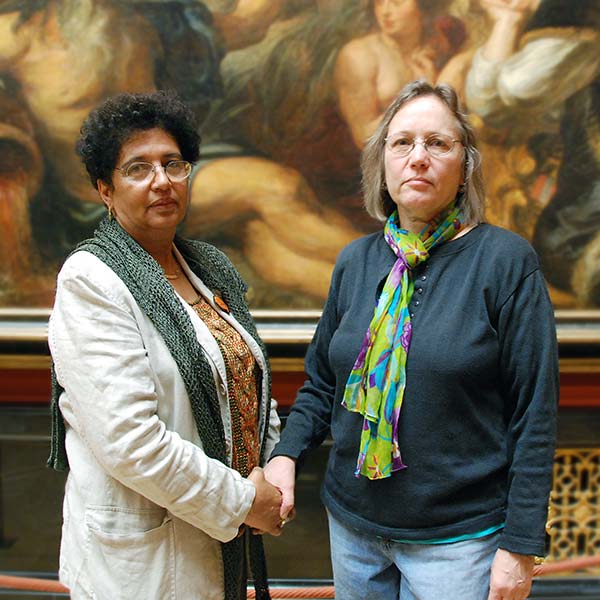 In November 2002, Aicha el-Wafi came to the United States from France to visit her incarcerated son. Along with several from Peaceful Tomorrows, we arranged a meeting. Also present was Bud Welch, who lost his daughter in the Oklahoma City bombing and had already met with Timothy McVeigh’s father.

Aicha arrived looking apprehensive. I approached her and opened my arms. We embraced and cried and then one by one the others in the group greeted her. She spoke no English and none of us spoke French, but we were able to communicate, human to human.

Then we sat around the conference table, and Aicha began to tell her story through an interpreter. She said she didn’t know whether her son was guilty or innocent, but wanted to express her sorrow for our losses. She told us about her life in Morocco and France, and the difficulties in raising her four children, of whom Zacarias was the youngest. She showed us an album of photos of him as a child, teen, and young adult.

Then it was our turn. We talked about our relatives lost in the attack. We apologized that our civilized nation still allowed the death penalty. We ate lunch together. For Aicha and me, there was an immediate bonding. We were the only mothers there. We both suffered on account of our sons. The attacks had disrupted both our lives.

People often ask me if I have forgiven the hijackers. I don’t forgive them for what they did, but I wish to know what motivated them to become part of al-Qaeda. I think understanding is a first step toward forgiveness. We must recognize our common humanity and the fact that, given different circumstances, we might have acted just as others have done. We must seek to understand others’ motivations rather than promote an American exceptionalism that distances us from the rest of the world community.

Peaceful Tomorrows believes along with Martin Luther King Jr. that “wars are poor chisels for carving out peaceful tomorrows.” There is no real path forward unless we face the ugly implications of our failed policies and oppose them.

Twenty years have passed since the morning I set off on my morning walk on what would become a day of suffering and death. I still see that image of a plane sticking out of the World Trade Center’s North Tower. I also still see a great blue heron that did not fly away but stood peacefully beside the Bronx River Parkway. I recall both now, and in that remembering I draw hope for a more peaceful tomorrow.

Phyllis and Orlando Rodriguez’s story of reconciliation and forgiveness is detailed in a documentary entitled In Our Son’s Name, directed and produced by Gayla Jamison.