WEBINAR: Building Bridges For Peace In A Divided World 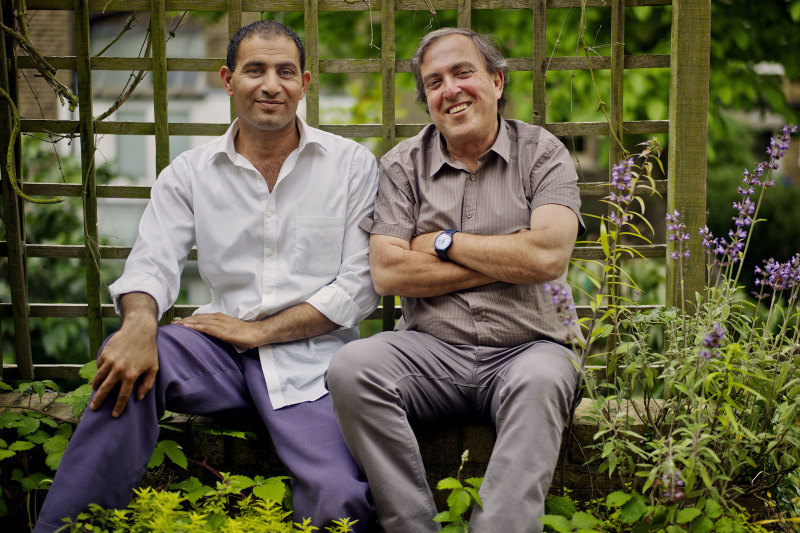 Building Bridges For Peace In A Divided World

Join us for this rare opportunity to hear from an international group of individuals who are building bridges after experiencing adversity. Our panelists will share how they transformed their pain and suffering into working for a more peaceful world. They will give examples of bridge building in their communities and how we all can be empowered to become positive change makers.
Our panelists will be Jo Berry, founder of Building Bridges for Peace, Bassam Aramim and Rami Elhanan, Parents Circle-Families Forum and PT member & educator, Karen Shea. The discussion will be moderated by Nick Perrotti. Questions from the audience will be addressed in real time.

Short bios of our panelists:

Bassam Aramin lives in Jericho in the West Bank. At the age of 17, he was incarcerated and spent 7 years in an Israeli jail. He went on to study history and holds an MA in Holocaust studies from the University of Bradford, England. He became a member of the Parents Circle in 2007 after losing his 10-year-old daughter Abir, who was killed by an Israeli border policeman in front of her school. Bassam devotes his time and energies to his conviction for a peaceful, non-violent end to the Israeli occupation of Palestine and to Israeli-Palestinian reconciliation. Bassam was the Palestinian Co-director of the Parents Circle – Families Forum.

Jo Berry is an inspiring speaker from the UK who works to resolve conflict around the world. Sixteen years after her father was killed by an IRA bomb, Jo first met with the man responsible, Pat Magee. This initial three-hour meeting led to them speaking on over three hundred occasions, on a shared platform around the world. The founder of the charity ‘Building Bridges for Peace’, Jo advocates that unbounded empathy is the biggest weapon we have to end conflict.  Jo is currently working in schools empowering young people to be positive change makers.  With political, religious and racial divides deepening as global and local events unfold, her words offer a message of hope and encourage us all to see the humanity in others.

Rami Elhanan is a 7th generation Jerusalemite. He identifies himself as a Jew, an Israeli, and before everything else a human being. On the first day of the school year in 1997, Rami’s daughter, Smadar, was killed by two Palestinian suicide bombers who murdered 5 people that day. Soon after, Rami joined the Parents Circle, and speaks before Israeli, Palestinian and International audiences. Rami was the Israeli Co-director of the Parents Circle – Families Forum.

Karen Shea  is an assistant principal at an alternative school in Denver, Colorado.  She was a 21 year old, first year high school social studies teacher on September 11, 2001 when her uncle, Stephen E. Tighe was killed at the World Trade Center. In 2005, Karen traveled with the Peaceful Tomorrows delegation to Spain to meet with the families of the March 11, 2004 Madrid train bombings and with survivors of the bombing of Guernika. Throughout her 19 years in education, Karen has focused on providing students with opportunities to study peace education, engage in social justice, and to become more involved in the betterment of their communities.