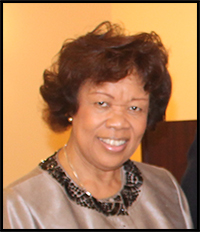 Peaceful Tomorrows has been co-sponsoring an annual Multifaith Picnic together with American Muslim Voice for many years. We have provided speakers at the event for many years.  This year, Gloria Williams will be flying in from New York to be a part of the program. A complimentary vegan dinner will be served to the guests at 6:00.

Spiritual program and candle light vigil.
————————————————————————————————————————————
Gloria Williams lost her brother in Law, Vernon Paul Cherry…Firefighter killed in The World Trade Center on 9/11. Vernon was one of the many heroic firefighters who died while shepherding building occupants to safety on that fateful day, risking their own lives to save others.Gloria has been active in the struggles for social justice and firmly believes in peaceful solutions to conflict as opposed to wars.

Gloria and her Late husband lived and raised their family in multicultural communities peacefully and certainly do not hold the Muslim Community accountable for the acts of terrorism that happened on 9/11.

Gloria and her late husband were horrified at the intolerance leveled at the Muslim community.  They committed themselves to fight this intolerance and hatred they faced as African Americans. To us racial and religious intolerance has no place in this great country of ours. We must fight it and continue to reach for our goal of “Peaceful Tomorrows.”