Terry lost her brother Don Freeman Greene on Flight 93. Don has since been hailed as a hero for attempting to wrest control of the plane of the hijackers in the minutes prior to its crashing. Here Terry tells us about the shattering ordeal she suffered.

On the morning of 9/11 I had just dropped my son off at school, I had the news on in the car so I heard about the first plane crashing as soon as it broke. I hadn’t even know Don was flying that day, although I knew he was going on vacation to visit my older brother in California.

I went to give blood to the WTC victims as I thought that might be a way to help, and then my brother called me after lunch. They knew that a plane had crashed, my brother was not positive about Don but he was confirming with the reservations at the time.

The waiting was a terrible experience. It was a black hole to think of losing one of our family members, it was a very traumatic and dark place to be in. Don was a pilot, not commercially, so when I had heard about the planes crashing in New York, I was worried that he was on one of those planes. Once I learned it was an intentional crash, we’ve not been attacked apart from Pearl Harbour so it felt like the whole world was going to change.

I’m not totally sure when we got the news about Don. We headed off that night to be with his widow and children so it must have been that day, but I can’t pinpoint. 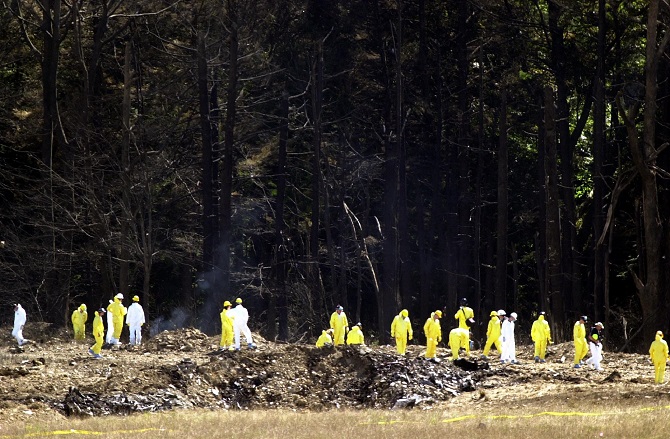 Over the days that followed, one thing that was particularly challenging was the news coverage. The scenes were repeated over and over again – one particular interview affected me strongly when Fox News found a woman searching for her loved one at the WTC and asked her ‘do you feel relieved that we’re going to get these people’. She blanched and said ‘no, my family doesn’t want to see any more innocent people anywhere in the world go through this.’ She was prophetic.

I carried on working after 9/11, and tried to live as normal, but my own son got very traumatised about losing me, it was a long haul, a long time. My own son is also very insightful and strong, so he got involved in a lot of different activities, different anxiety reduction techniques, and as a family we were very close, supportive. A lot of personal pain of mine linked to my son’s, he wasn’t even able to stay in school without trying to escape. But as he gradually got better, I got better.

I didn’t do interviews with broadcast networks or newspapers, but I did a letter to the Boston Globe in the fall of 2001, asking for people to focus more on compassion than hate; I was disturbed at that point that there was already a rise in hate crime against Muslims and Middle-Eastern people. Every time another Middle Eastern family was harmed it felt like a win for terrorism.

I went to Shanksville and it partly alleviated the suffering; there were benches carved out with the names of every crew member and passenger, and a group of kids had written a song about peace, a beautiful message. But some of the other events had a certain superficiality to them – there was a memorial event in Boston, and the attendees were positioned so as to look good for the cameras. In the end they were all facing a huge underwear billboard – perhaps not quite the right message!

The politicians weren’t exactly reassuring at this time either. During the Shanksville memorial I met Tom Ridge, who was head of homeland security at the time, and asked him about the upcoming vote on the Brady Bill (a seminal piece of gun control legislation) and he didn’t even know it was happening. That felt pretty worrying. Generally there was a lot of talk from politicians about ‘getting them’ and some seemed to be waging a religious-Christian crusade against Muslims, which was painful.

I’d always believed that the only way forward from 9/11 was to build on the sense of unity which brought people together at that time, strengthen international recognition of human rights and live together as the world got smaller. With this in mind, I joined Peaceful Tomorrows in 2004; I believed in what they were doing and shared their view that war is not the answer. It’s helped me a lot.

For the fifth commemoration in 2006, we worked on a gathering called civilian casualties – civilian solutions, bringing together representatives of conflict from 17 different countries. We heard one guy from Rwanda who had survived the genocide there, talking about how he had survived. He discussed how he felt, how part of him felt revenge but when he thought of his family he thought how they cared for their neighbours. He told us he wanted peace, and that’s where comfort lies.

It’s really reassured me to know there were so many people around the world working hard despite their own grief; for example we heard from a group called the Parents’ Circle, comprising bereaved Israeli and Palestinian families. To know people in those countries are forming bonds makes me feel better.

For more information about the aims, objectives and campaigns of the Peaceful Tomorrows organization, visit their website by clicking here.