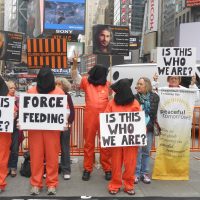 The Rule of Law Committee continues to focus on seeing the 9/11 military commission at Guantanamo ended through plea agreements, which our members believe it this only way to achieve judicial finality and a measure of justice and accountability for the crimes of 9/11. Toward this end, on June 14, Peaceful Tomorrows submitted an amicus brief in s...

A Primer on the 9/11 Military Commission at Guantanamo 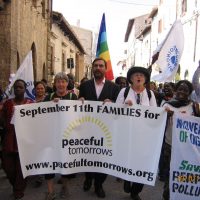 9/11 Families Say: Afghan Central Bank Funds Belong to AfghansDear President Biden, As family members of 9/11 victims, we call on you to affirm that the Afghanistan central bankfunds currently being kept in New York belong to the Afghan people. Any use of the $7 billion topay off 9/11 family member judgments is legally suspect and morally wro...

September 11th Families for Peaceful Tomorrows Rule of Law campaign mobilizes and amplifies the voices of 9/11 family members who support closing the prison at Guantanamo Bay, restoring the rule of law, and ending indefinite detention and other violations of human rights that have become an enduring legacy of the U.S. “War on Terror.” Our goal for this initiative has been to strengthen the reasonable voices of 9/11 family members who support the rule of law in all aspects of dealing with the perpetrators and accused perpetrators of the 9/11 attacks. This includes the decision to conduct federal versus military trials, to close Guantanamo, to end indefinite detention, to end the military commissions, and related issues.
See more in our new campaign section on Guantanamo.

Starting in 2002, September 11th Families for Peaceful Tomorrows helped lead opposition to the war in Iraq. After the U.S. invaded Iraq, we looked for ways to remain supportive of the Iraqi people. As part of our solidarity efforts, we have helped to publicize the campaigns of the Iraqi nonviolence network, La’Onf, to let people know that Iraqi citizens have a vision for their country that includes peaceful relations among different religious and ethnic groups, equal rights for women, and human rights and freedom for all. We are also a member of the Iraqi Civil Society Solidarity Initiative, a collaboration between Iraqi and international NGOs to effect change that supports justice and democracy in Iraq.

In January 2002 four people who would soon become founding members of Peaceful Tomorrows traveled to Afghanistan to witness the consequences of U.S. military intervention, to express concern about the devastation of civilian casualties and to draw attention to the prospect that this war would increase terrorist recruitment. Peaceful Tomorrows members have continued to travel to Afghanistan, to speak out against war and violence in Afghanistan, and to build friendship and collaboration with civil society organizations in Afghanistan and elsewhere in support of peace for the women, men and children of Afghanistan. Peaceful Tomorrows works for an end to foreign military action and foreign military funding in Afghanistan, for a ceasefire and negotiated path forward, and for nonviolent and inclusive rebuilding and healing for Afghan society.

On Monday June 24, twenty-five members and religious leaders of the Metrowest interfaith community met with Wilnelia Rivera, the External Affairs Director for the Patrick administration to discuss the slight that the Islamic community felt from the governor’s office after the Boston Marathon Bombing. Other leaders present included Susan Thel of the Framingham Quakers, Michael Furstberg of the Workmen’s Circle, Dr. Asif Razvi of the ICB in Wayland, Mr. Anwar Kasmi, a board member of the I.S.B.C.C., and Shaheen Akhtar, leader of the Wayland interfaith book group. The issue was that the Muslim religious community felt slighted when a secular Muslim leader was selected to participate in the interfaith memorial service attended by President and Mrs. Obama, shortly after the Boston Marathon bombing. Their understanding was that an invitation had originally been extended to Imam Suhaib Webb, and was then rescinded the evening before.

9/11 Stories: Our Voices, Our Choices 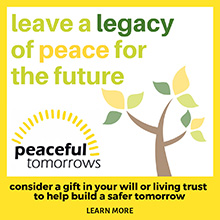